I have many back/side sets in stock, which include a variety of exotic and domestic hardwoods. I detail the three most commonly used types below. Please inquire about my current stock of back/side sets. I choose all my sets for tonal quality and structural stability.

Honduran Mahogany: A classic tonewood from South America. Lighter and softer than rosewoods, it produces a guitar with more emphasis on the mids and a more open, “woody” tone. Basses tend to be open and less complex, with good note separation and projection. Mostly available in subtle straight-grained figure, often with vertical bands or “stripes”. Sets with varying degrees of figure may be available. Woods with similar tonal properties include Sapele and Khaya. 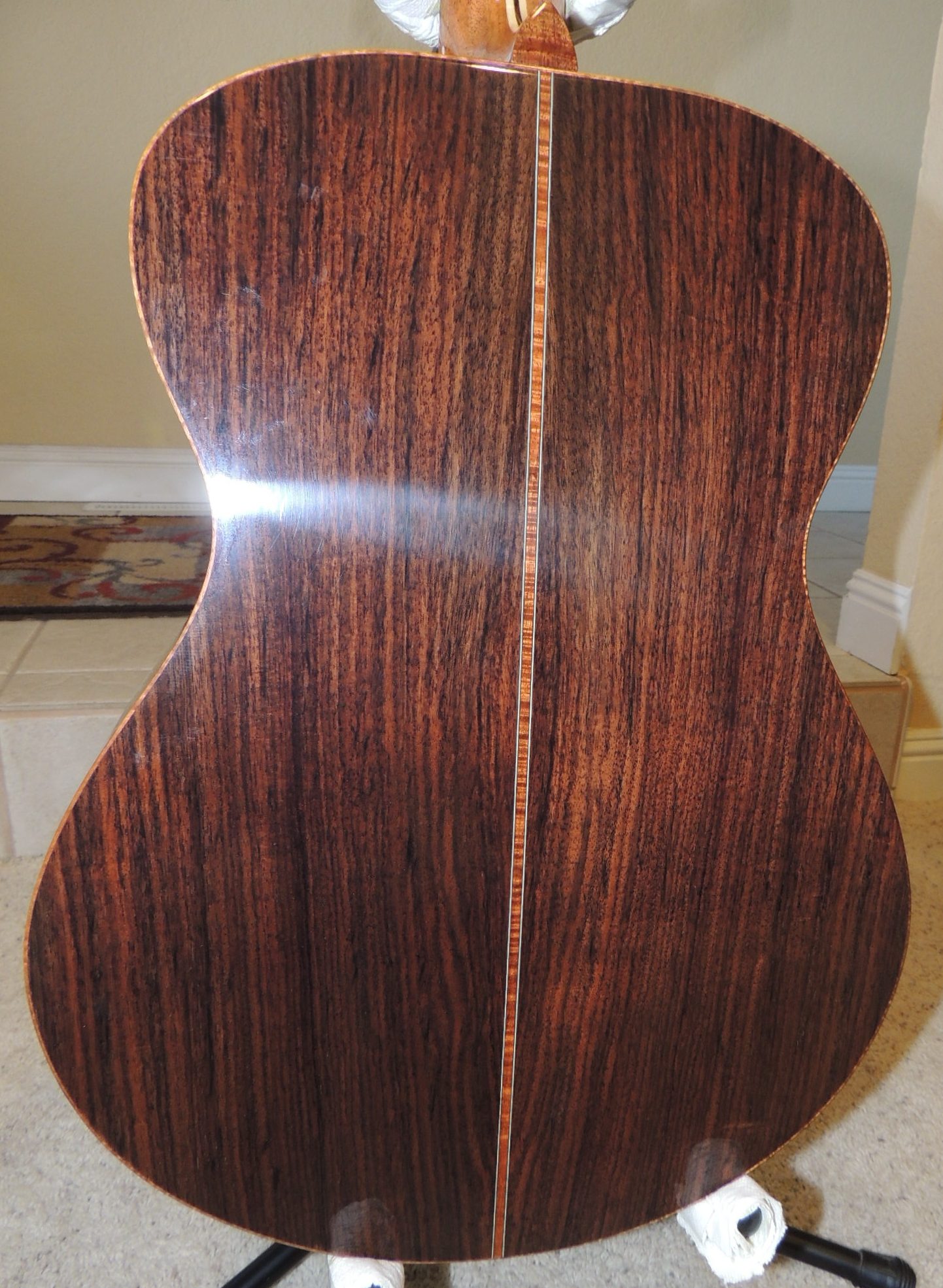 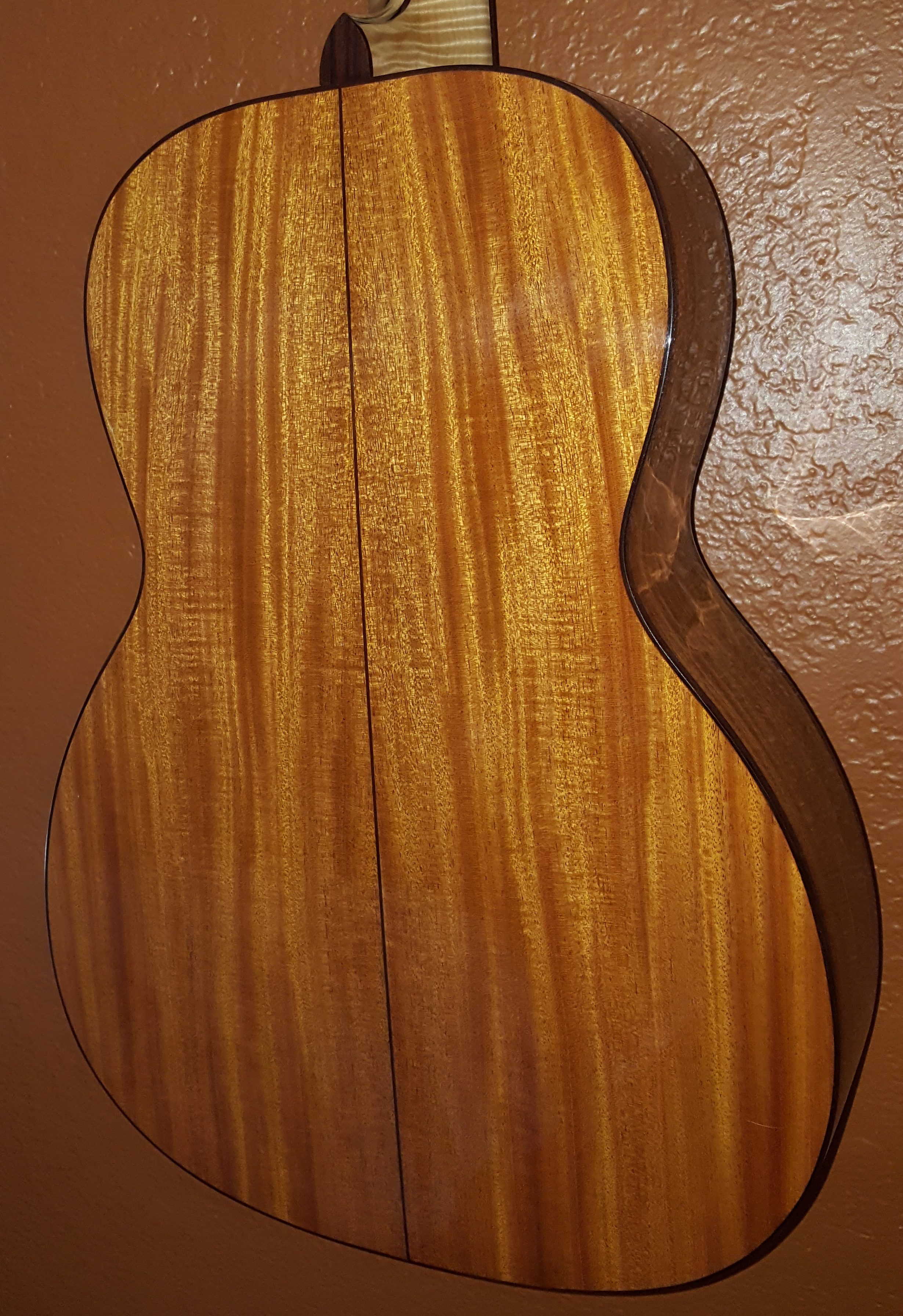 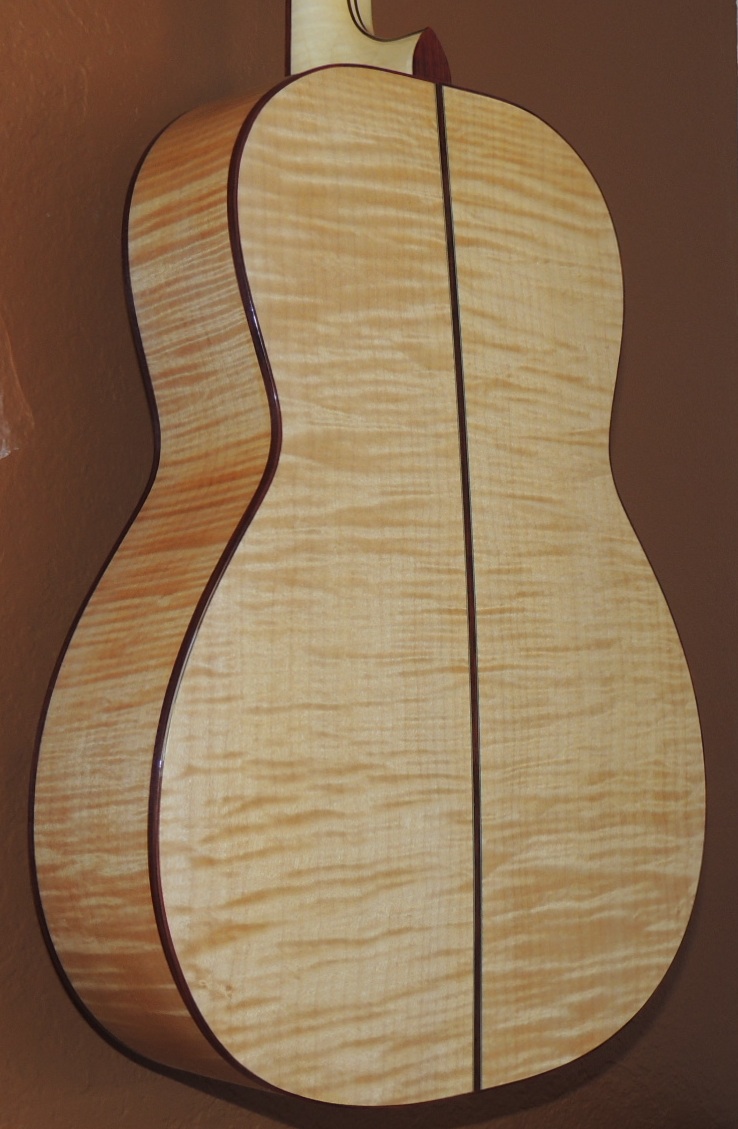